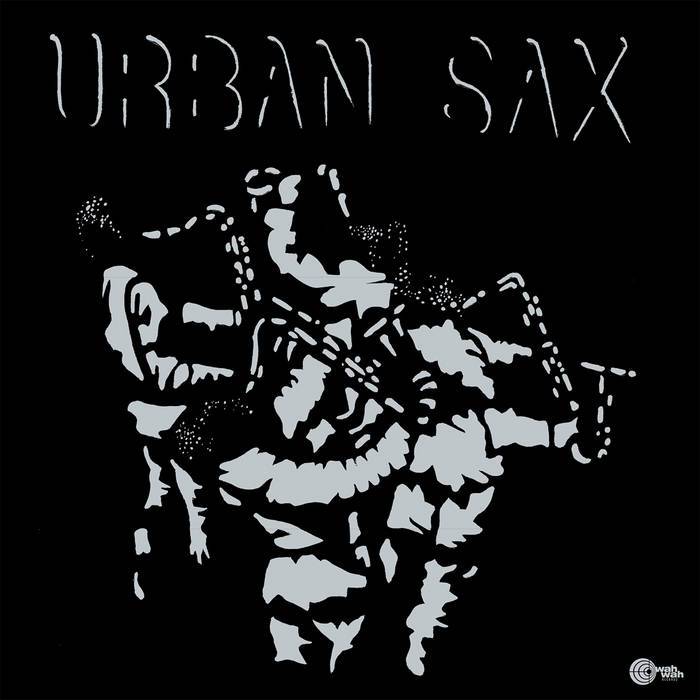 At last, in stock now!! Urban Sax's third LP was recorded in 1982 & 1985, and released in 1985 on Celluloid, and it is an absolute diamond - sharing Julian Cope words "Everything starts with this massive (and I mean it...we're basically talking about something the size of an orchestra here) wash of sound, like something dropped wholesale out of the trippier parts of Ligeti's material in the "2001" soundtrack. Then we get swept into the primal repetition of a simple motif...very Magma-like, save for the obvious difference in forces. As the proceedings go on, it gets more complex; another wash, and then into another primal minimalist cycling with strange, otherworldly drones and choral voices in the background, chuffing percussion...and then a drift off into Ligeti-land again, with chanting vocals following, and huge gusts of wind from the sax players breathing thru their horns as some sort of Saturnian Sun Ra lullabye starts to course through the group. And that's just the first half. This is some potent stuff. It's very much 'ritual music', as one would expect with it being composed for Urban Sax's ritualistic performances. And it's quite trippy, especially for something largely acoustic (although there are four presumably electric guitars in the forces) with little electronic tinkerage to enhance the strangeness."

Urban Sax was created in 1973. Gilbert Artman, the mastermind behind Lard Free -who has also participated in dozens of recordings by other artists of the French experimental scene that included Delired Chameleon Family, Clear Light, Komintern, etc.- developed an interest in the relation between space and sound. He organised a first experiment that took place in the town of Menton, in the South of France. Artman strategically placed 18 saxophonists, and their sound reverberated through all the village. As time went by the band increased and currently their performances count with up to 34 saxophonists, 1 bass player, 3 percussionists, 2 dancers and 8 vocalists, with a line up that varies depending on each particular project. You can find saxophonists playing over rooftops, or climbing down buildings or arriving in helicopters. It is a fascinating experience that can be hardly translated to vinyl, but through the years they have recorded some of their music and here we are proud to offer vinyl reissues of those works, including one previously released on vinyl format!