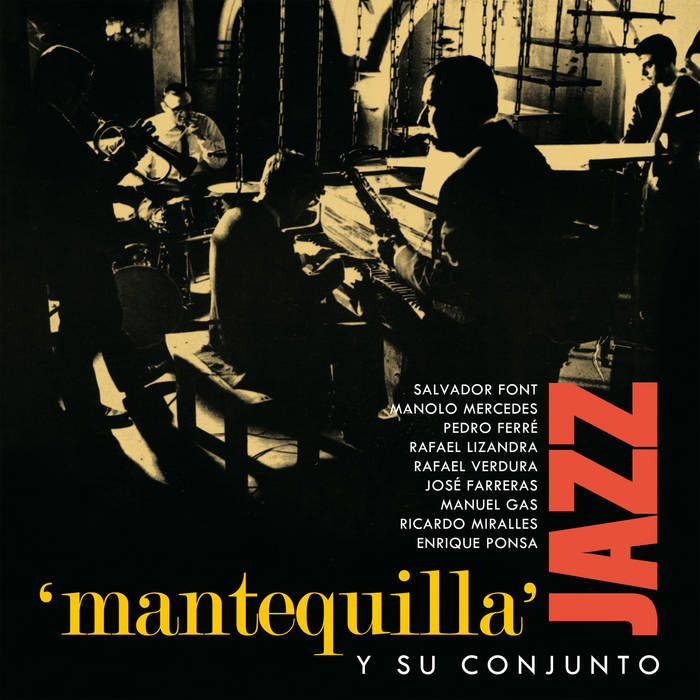 In the early sixties, "Mantequilla" had the chance to lead his own combo, Mantequilla y su conjunto, with which he was to record the three splendid EPs that are compiled on the present album. All these 7" have become elusive collector pieces in the record market, with sellers demanding from 200 to as much as 950 euros per copy.

In 1961 "Mantequilla" was at his best moment, his gigs at the Jamboree Jazz Cava had brought him back to the first line of Barcelona's jazzmen after he had been working abroad for a long time, and was approached by the Belter label to record an EP. On the sessions he was accompanied by Manolo Mercedes on trumpet, Pedro Ferré on piano, Rafael Lizandra on double bass and Rafael Verdura on Drums. The material chosen for the disc were four original compositions by Salvador Font which had a high West Coast flavour all over: "La Tuna Club", "Whisky Jazz" and "Jamboree" named after famous jazz clubs and "Azul Trompeta", dedicated to Manolo Mercedes.

In late 1962, after spending some time in Madrid working as members of the Italo Leone combo, "Mantequilla" and pianist Manuel Gas came back to Barcelona for the recording of the second "Mantequilla" EP, also on Belter. We find again Manolo Mercedes on trumpet, Pedro Ferré on piano and Rafael Lizandra on double bass, the drummer this time was José Farreras. Another news is that Manuel Gas also sat on piano and vibraphone. The songs chosen for the occasion were two tunes from the Art Blakey Jazz Messengers repertoire: Bobby Timmons' classic "Moanin'" and the Jacques Marray track "No Problem" from the soundtrack of the Les liaisons dangereuses film (mispelled "Not Problem" on the sleeve and label), plus the Salvador Font penned "Blue Note" and "Full de ases" - on "Full de ases" "Mantequilla" trades his sax for the violin, which he also mastered under high influence from Stephane Grapelli. The record was released on Belter in early 1963 and showed "Mantequilla" adding a certain aggressivity to his sound, in a soloist style which has been compared to that of tenor saxophonists Barney Wilen or Benny Golson.

1965 was the year of release of Mantequilla y su conjunto's third EP, now on the Discophon label. Mercedes and Farreras are again present in the recording sessions, joined by Ricardo Miralles on piano and Enrique Ponsa on double bass. Four original Font compositions make up the fantastic EP: "Blues 3/4", "Atmósfera", "Vat 69" and "Balada".

There would be a further EP on Belter, released in 1971 as Mantequilla Group it was a cash-in operation to take some redits of the ye-yé discothèque phenomenon, it gets quite afar in style from the jazz works of Mantequilla y su conjunto, so we just left it aside for the present edition.

"Mantequilla"'s career would continue, in 1968 he would settle in Majorca and form a swing band with Bonet de San Pedro and Manuel Bolao. He played in local orquestras and also with first class world acts like Gerry Mulligan, Tete Montoliu, Errol Gardner, a.o. He was even approached by Henry Mancini to play sax on The Pink Panther Theme in a gig Mancini did with his orchestra in Palma de Mallorca in 1975, He also joined his son Salvador Font (a demanded drummer himself who has played with Máquina!, Orquestra Mirasol, Música Urbana, Gary Burton Quartet, Georgie Fame, and many others) and his peers Carles Benavent, Emili Baleriola, Josep Mas 'Kitflus' and Jordi Bonell with whom he recorded his acclaimed "Mantequilla" album in 1987.