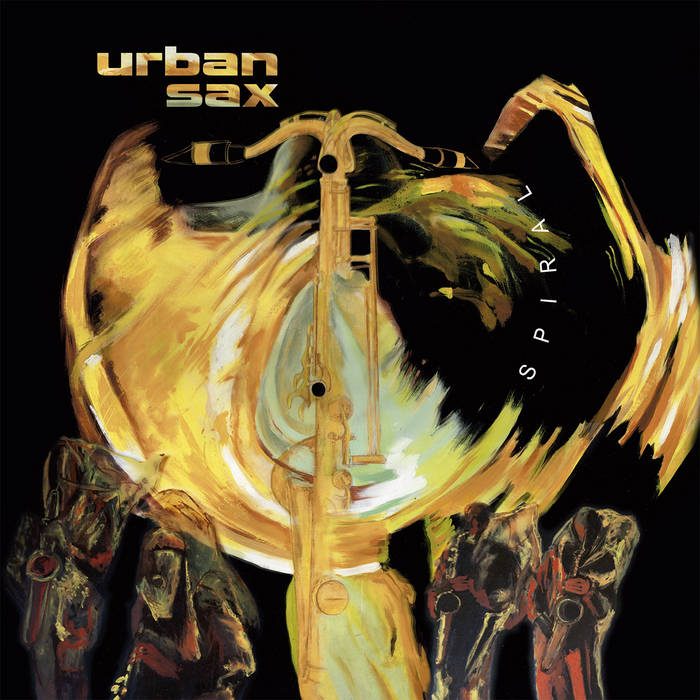 At last, in stock now!! 1991's Spiral makes its first ever appearance on vinyl format here. Previously it had only been available on a impossible to find CD, consisting of eight short to mid-length pieces, the major change being the prominence of the twenty-two piece choir, which shares the spotlight equally with the saxes, and three vibraphones, all which results in a far more ethereal and majestic sound than its predecessors. Urban Sax was created in 1973. Gilbert Artman, the mastermind behind Lard Free -who has also participated in dozens of recordings by other artists of the French experimental scene that included Delired Chameleon Family, Clear Light, Komintern, etc.- developed an interest in the relation between space and sound. He organised a first experiment that took place in the town of Menton, in the South of France. Artman strategically placed 18 saxophonists, and their sound reverberated through all the village. As time went by the band increased and currently their performances count with up to 34 saxophonists, 1 bass player, 3 percussionists, 2 dancers and 8 vocalists, with a line up that varies depending on each particular project. You can find saxophonists playing over rooftops, or climbing down buildings or arriving in helicopters. It is a fascinating experience that can be hardly translated to vinyl, but through the years they have recorded some of their music and here we are proud to offer vinyl reissues of those works, including one previously released on vinyl format!