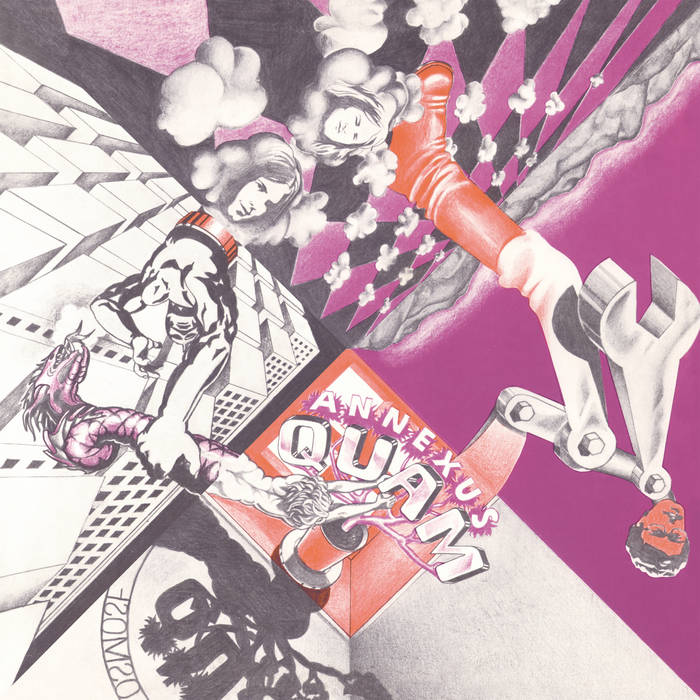 Annexus Quam had actually a quite long career, having their roots in the outfit Ambition Of Music, formed back in 1967 Kamp-Lintfort (near Düsseldorf). By 1970, and paying tribute to their early name, they had incorporated a whole array of influences (most important one, the inclusion of jazz instrumentation) and brewed them in what was becoming a very personal progressive fusion of styles, best witnessed in their their debut album Osmose. At that time, the band had grown into a septet formed by Uwe Bick (drums, vocals, percussion), Jürgen Jonuschies (bass, vocals, percussion), Werner Hostermann (clarinet, organ, vocals, percussion), Peter Werner (guitar, vocals, percussion), Hans Kámper (trombone, Spanish guitar, vocals, percussion), Ove Volquartz (sax) and Harald Klemm (flute, vocals, percussion). Far from a typical jazz sound, they were able to integrate rock and jazz instrumentation into a unique style, which borrowed elements from the aforementioned genres but blended those into an ultimate cosmic fusion (which can recall at times the Third Ear Band, Xhol Caravan or even Ash Ra Tempel yet remaining totally their own). Actually, Annexus Quam were able to sound meditative, doomy, stoned, aggressive, exotic and lyrical in the same track without loosing any musical coherence or perspective. With their personal style that even today defies categorization (except for that big umbrella we call kraut rock),Annexus Quam had all the inventiveness and excitement of the 1969/1970 German bands.