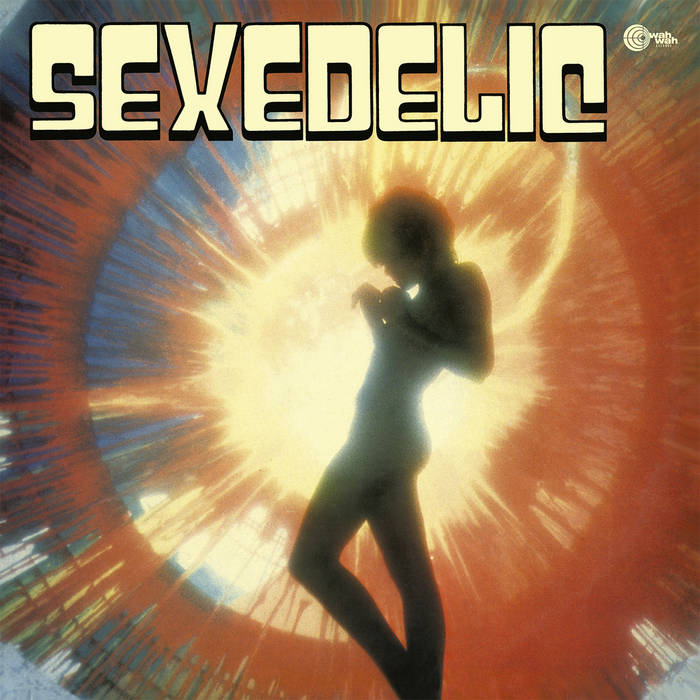 With their charming look of exploitation LPs, Sexedelic's Sexedelic and it's 'brother' album The Vampires' Sound Incorporation's Psychedelic Dance Party (also reissued on Wah Wah as LPS185) hide the joint works of German composers Manfred Hübler and Siegfried Schwab that were used on three classic 1970 b-movies directed by Spanish film maker Jess Franco: Vampyros Lesbos, The Devil Came From Akasava, She Killed In Ecstasy. Besides the film director and the soundtrack composers, these three films also shared the presence of Spanish actress Soledad Miranda.

Manfred Hübler's work, other than the one appeared on these three films, remains pretty unknown - although prior to partnering with Siegfried Schwab he did soundtracks for several other films and TV series from 1966 through 1969, among them Intercontinental Express (TV series, 12 episodes in 1966), Code Name Is Kill (1967), Polizeifunk ruft (TV series, 6 episodes in 1968), Der Partyphotograph (1968) and The Butterfly (1970).

Siegfried 'Siggi' Schwab, on the other hand, has an extense career with hundreds of recordings, including soundtracks and records, and is also known as a key member in albums by krautrock bands like Et Cetera or Embryo (his guitar pyrotechnics are big part of the personality of their Father, Son and Holy Ghosts LP which was also reissued on Wah Wah some years ago).

Original copies of these LPs could be found for next to nothing in European flea markets until the mid 1990s, when Lucertola Media compiled them both on the 3 Films By Jess Franco CD. The amazing sounds that mixtured jazz pianos, easy listening brass section, psychedelic fuzz guitar, pop harpsichord lines, exotic sitar, and funky bass & drum beats were rediscovered and given new life when a compilation LP featuring the grooviest tracks from both albums was an instant hit which ran high in the alternative music sales charts.

detail
The legend grew when 'The Lions And The Cucumber,' opening track from The Vampires' Sound Incorporation's LP, was picked by Quentin Tarantino and given mainstream exposure on his third film Jackie Brown (1997), starring Pam Grier, Robert Forster, Robert de Niro, Samuel L. Jackson, Bridget Fonda and Michael Keaton. The 'Vampyros Lesbos sound' became a classic, awakening also new interest on the movies themselves which have been also issued on DVD since then. The music of Hübler and Schwab has also been sampled and revisited by many artists.

Since then, original copies of The Vampires' Sound Incorporation and Sexedelic LPs fetch small (and not so small!) fortunes in the collector's market. Now, for the first time, the original albums from which all these amazing tracks were taken from are reissued in its original complete tracklists and sleeve artwork. Owning these two LPs is the only way to have in vinyl format all the original material issued by Hübler and Schwab - all previous reissues omit tracks from the original LPs.

Now, for the first time ever, these extremely sought after LPs get a straight reissue in their original artwork, expanded with the inclusion of an 8-page full colour booklet that includes many photos and liner notes. Made in a limited edition of 1000 copies. Get yours before it's too late!